How can app development with React Native reduce cost?

How can app development with React Native reduce cost?

React Native has emerged as perhaps the most efficient and cost-effective mobile app development platform.

The title must have aroused your curiosity about how an app development with React Native results in reduced cost. Let’s first chew on the facts and figures to scale our path to the journey-

According to Statista- By 2020, this number is predicted to reach 2.87 billion for smartphone users and 1.26 billion for tablet users.

If you have eyeballed the figures carefully enough, you would know the mobile app industry is currently running the show. Because the market is hyper-competitive, app penetration is deepening at a steady pace without any sign of slowing down.

Why Build Your Mobile App in React Native
As you see in the survey below, 69.4% of developers voted React as one of the preferred libraries for app development. 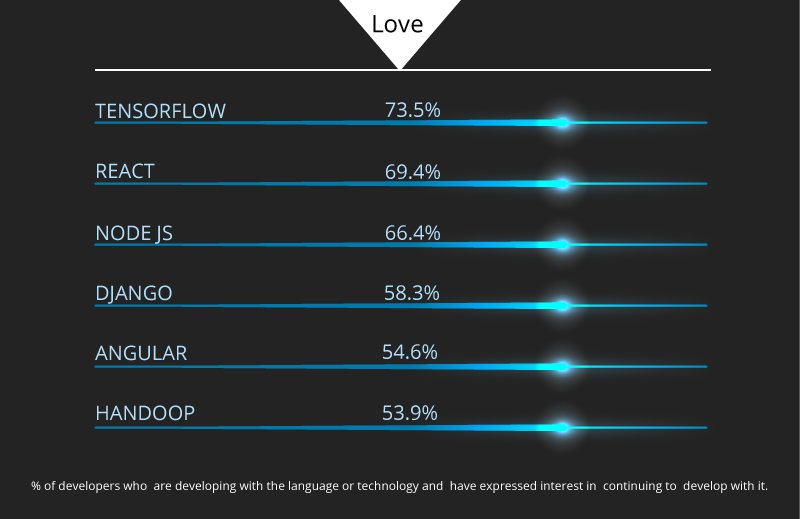 React Native app development, compared to other platforms, is lighter on the pocket. Want to know why?

Developers can feasibly move the entire code or even just parts of it between various mobile platforms using Reactive native. This means that a mobile app for Android an app developer can just compile it onto iOS within a minor frame.

It gets easier to maintain and also requires less investment when mobile apps are built using React Native. Furthermore, native apps are tedious and difficult to handle as they require regular updating, troubleshooting, and patching. On the other hand, cross-platform apps can do without versioning, hence simplifying the maintenance a lot.

Mobile app developers can use React native to compile directly to native apps. The reason being both iOS and Android components have a React Native counterpart. Making it easier, faster and cheaper.

Using React native makes seamless integration possible with other compatible apps, which reduces the extra effort required by developers. Using React native developers can integrate mobile apps in a device, without getting alarmed about affecting the app performance.

React Native substantially reduces the time required to get apps built from code to market. The native approach to development is estimated to save 33% of mobile app development costs because the turn-out of mobile apps is faster so it requires fewer app developers.

The Journey Embarked By React Native Till Now

React Native is an open-source framework that comes with amazing ability to develop cross-platform apps that are absolutely suitable for Android and iOS devices.

Your email address will not be published. Required fields are marked *